The disruptors: The ‘climate convert’ banker who brought ING’s lending in line with 2C 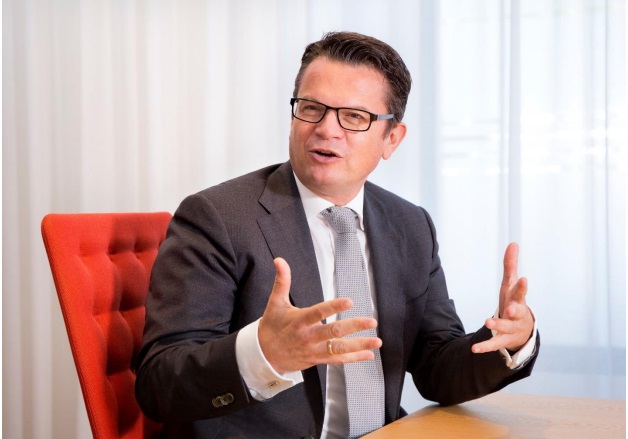 Oliver Balch talks to Leon Wijnands, head of sustainability at the Dutch bank, about how his team
developed the Terra approach, a ground-breaking methodology he hopes all banks will adopt to steer
climate-friendly lending. Leon Wijnands likes to tell people he lives 3.8 meters below sea level. Then he tells them that his home town of Almere was, until not so long ago, actually under water.
“I say this so people understand that I have a personal interest in the effects of climate change,” says
the 54-year-old Dutchman.

The relevance of increasing temperatures and rising sea levels hasn’t always preoccupied Wijnands.
Indeed, when his bosses at the Netherlands-based bank ING first sounded him out about his current role
as head of sustainability, he figured it was something “you do alongside a real job”.

In late 2015 came the Paris Agreement and the whole landscape for banking changed It didn’t take him long to change his view. When he took up the post back in October 2013, ING’s energy-related loan book weighed heavily in favour of oil, gas and coal, a point highlighted by Oxfam and Greenpeace in a 2017 complaint to the OECD.

But moves were afoot to change. Talk of climate-related liabilities and “stranded assets” were already
taking hold inside ING, one of the “big four” in the Dutch banking sector. Then, in late 2015, came the
Paris Agreement and the whole landscape for banking changed.

Article C of the landmark agreement calls on banks to ensure finance flows in line with the two-degree
pathway agreed by world leaders. In light of this key clause, Wijnands sat down with his internal team of
a dozen or so sustainability experts to assess the carbon footprint of ING’s existing loan portfolio.

It didn’t take long before they ran into hurdles. The first centred on the availability of data. Company
reporting on carbon emissions and related risks remains sketchy at best. Wijnands’s team weren’t alone
in their hunt for hard, comparable numbers. It was precisely the same scramble in the dark that led G20
leaders to set up the Task Force on Climate-related Financial Disclosures four years ago.

Then came what Wijnands defines as the “attribution challenge”, by which he means the proportion of a
company’s emissions that land at ING’s door. For investors, it’s relatively easy. You have a 2% share in a
company, he says, you accept 2% of that company’s emissions as yours.

“But in lending, if you deal with a syndicate of 10 banks, plus an export facility for six months, say, what
part of the footprint do you allocate to that lending product? And if next to that product you have a
revolving corporate facility with that client, how do you avoid double counting?”

How can we help you?