Onuegbu was honoured alongside other awardees at the Social Impact Award for 2021 organised by CSR Reporters, Nigeria’s leading Social Responsibility Magazine and Africa’s First All-Corporate Social Responsibility Publication. The CSR Reporters awards is aimed at encouraging corporates, corporate foundations, non-governmental organisations (NGOs), governments and public sector undertakings, individuals and groups to deliver high impact CSR projects and adopt a multi-stakeholder approach leading to excellence in project outcomes and measurable social impact. It is also aimed at appreciating organisations and individuals who have dedicated their time and resources towards building a better society for all.

Onuegbu, who is also the Head, Supply Chain Sustainability Academy, Africa, won the award for his relentless work in the sustainability space. Delivering a keynote at the event with the theme “Celebrating Social Responsibility and Sustainability Front Runners, Onuegbu stated that close members of his circle can attest to his passion for sustainability as well as his enthusiasm for what the 17 Sustainable Development Goals (SDGs) can do for humanity.

He said: “In as much as it is vital to implement these global frameworks, it is also important to note that the SDGs are not just an additional plan for the world, nor do they replace the specificity and detail of existing international agreements. Rather, they are a shared vision of a world which according to the United Nations (UN) can be termed as the ‘vision piece’ of the globalisation puzzle.”

According to the United Nations Framework Convention on Climate Change (UNFCCC) report, nearly half of the world, 75 nations representing 37 per cent of global greenhouse gas emissions (GHG), are planning to take more climate action than they have already promised in their Nationally Determined Contributions (NDCs), that is, their national climate pledges. This is to address some of the recent catastrophic disasters around the world which have been linked to climate change. Currently, 71 countries are still deliberating, including many of the biggest greenhouse gas emitters, while 14 countries indicated they had no plans to revise their NDCs.

In line with this, President Muhammadu Buhari in his speech at the 75th session of the United Nations General Assembly mentioned that Nigeria has developed its home-grown Integrated Sustainable Development Goals model (iSDG Model) – an analytical framework for assessing how policymaking can better address the indivisible nature of the SDGs.

He went on to say it is however clear that there is still a lot of work to be done in order to confidently say we are on track to achieve the 2030 agenda both in Nigeria and many other countries.

Onuegbu said we are way beyond measuring poverty based on only GDP terms, stating that it is important to note that the 169 targets supporting the SDGs are the various 169 ways of explaining how no one should be left behind. “To illustrate better, it implies that these 17 goals and 169 targets for which indicators exist, and monitoring systems are being set, in all, forms the basis of a new social contract between the world’s leaders, the business community and the people,” he said.

He seized the opportunity to congratulate every awardee for their great work and commitment in the social impact and sustainability space stressing that sustainability has now become the new normal, requiring organisations to go beyond compliance and charity to internalise their negative externalities. Onuegbu further challenged the awardees to realise that the award is a pointer to the fact that people are watching what they do, therefore the recognition should act as the catalyst needed to do more and ensure the achievement of a more sustainable world. 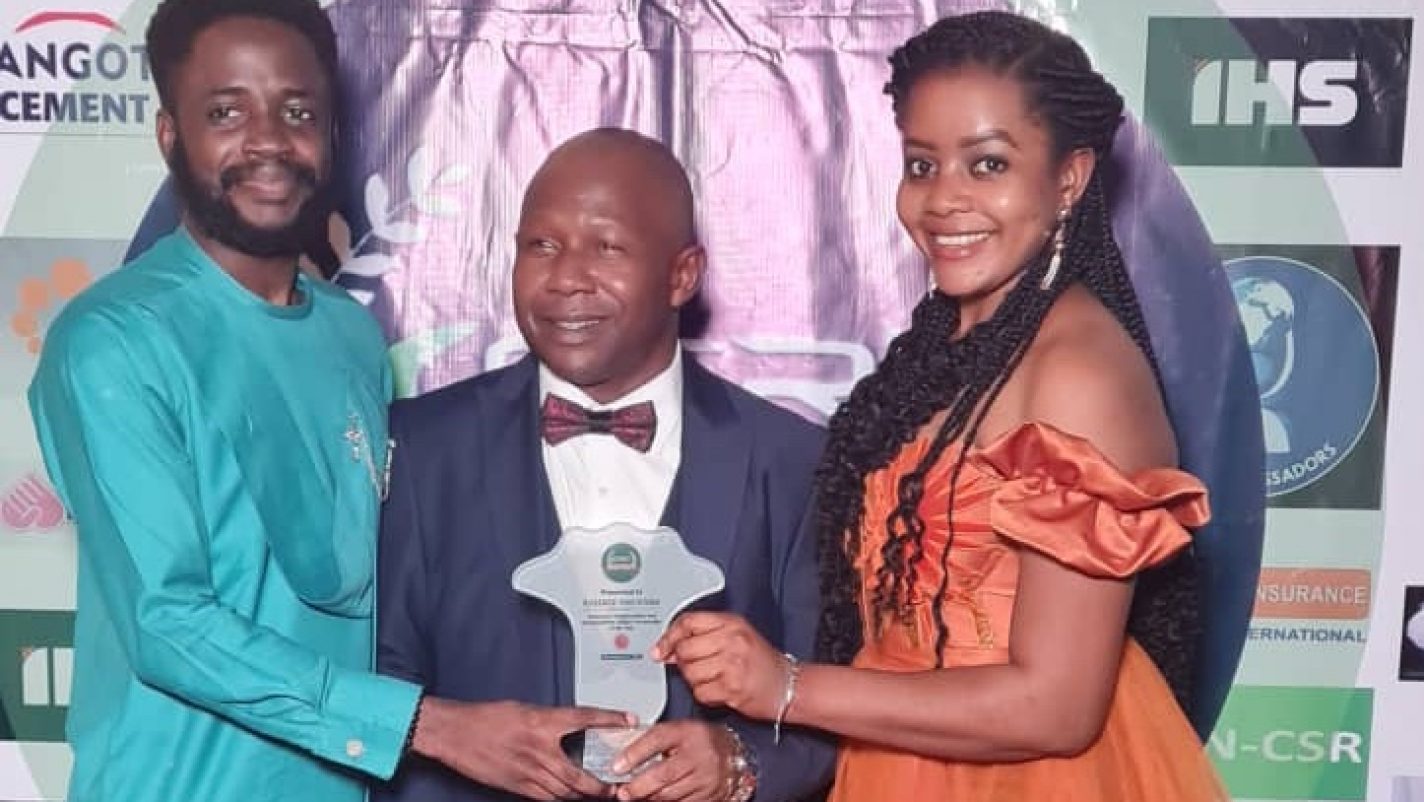